She works at the Linguistics Department of the Kazimierz Wielki University in Bydgoszcz. She is the author of two monographs and several dozen articles, the subject of which mainly concerns: new concepts of language education, in particular the creation of written statements, methodological arrangements regarding educational discourse and the persuasive mechanisms used in it, language education and glottodidactics. A graduate of postgraduate studies in Teaching Polish as a Foreign Language at the University of Gdańsk. 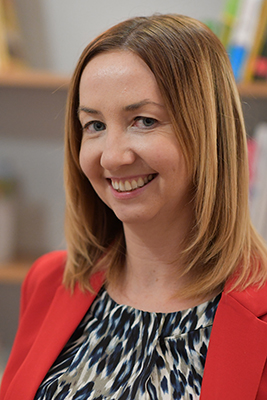 A graduate of sociology at Nicolaus Copernicus University in Toruń and philology in the field of teaching English at Teachers College of Foreign Languages. She completed postgraduate studies in modern marketing at WSB University in Toruń. After graduation, she worked at Express Media Publishing House as a journalist. Now she works in International Relations Office of Kazimierz Wielki University, where she is responsible for internationalization of didactic, marketing and recruitment of foreign students.  In 2015, she completed post-graduate studies in teaching Polish as a foreign language and since then she is a teacher in Polish Teaching Centre for Foreigners. In 2019, she obtained a doctorate degree in health sciences from Medical University of Gdańsk. She is interested in health psychology and glottodidactics. 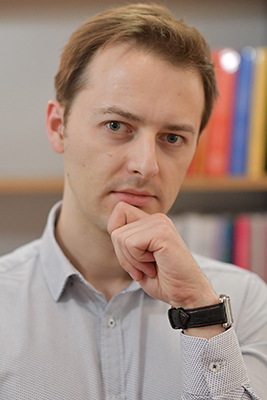 A graduate of Polish philology in the specialty of teaching Polish for foreigners at the Jagiellonian University. He wrote his master's thesis entitled "Polish pronunciation of Portuguese students learning Polish as a foreign language" under the guidance of professor Władysław Miodunka. He collected materials for his master's thesis during one-year studies at the University of Lisbon. During his studies he was the chairman of the cultural section of the students' research group. He organized many cultural events integrating foreign and Polish students. He completed postgraduate studies in Polish philology at the University of Warsaw. His programme of the Polish language club for foreigners "Adventure in games and movies" was published in the book: "Coaching and tutoring. Towards modern didactic work ”edited by J. A. Malinowski and A. Wesołowska (Toruń 2015). Currently he teaches in the International Baccalaureate system at the International School of Bydgoszcz. Since 2019, he works at Polish Teaching Centre for Foreigners UKW. Before he gained journalistic experience. He is a member of the “Bristol” Association of Polish and Foreign Teachers of Polish Culture and Polish as a Foreign Language. 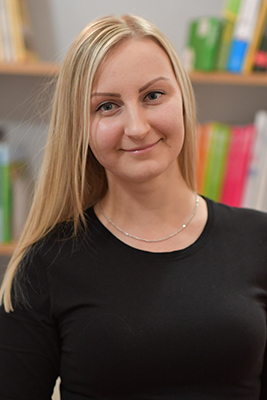 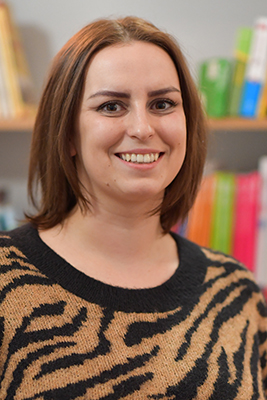 Graduated in field of Polish language and literature at Nicolaus Copernicus University in Toruń in 2014. Simultanously with her master degree she finished her postgraduate studies in teaching Polish as a foreign language. She works as a teacher in primary school and in high school. She's been an employee of Polish Teaching Centre for Foreigners since 2018. Her biggest interests are literature, pop culture and travelling. She's a big fan of snowboarding. 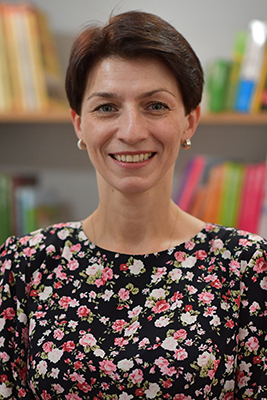 A graduate of Russian Philology at Kaliningrad State University (1999) and Polish studies at Nicolaus Copernicus University in Toruń (2002). In 2005 she was awarded PhD in linguistics by Kazimierz Wielki University in Bydgoszcz. Being a student of Kaliningrad State University, she started teaching Polish at State School of Urban Planning (1997-1999), gaining thus her first teaching experience. Having graduated from Nicolaus Copernicus University in Toruń she continued working there as a teacher of Russian for three years. Since 2003 she has been employed as a lecturer at Faculty of Linguistics at Kazimierz Wielki University in Bydgoszcz where she is currently teaching Russian on various levels. She has also been cooperating with Polish Teaching Centre for Foreigners at the same university since 2012. Her hobbies include travelling, meeting new people and discovering other languages and cultures. But her main passion is semantics as she enjoys teaching and watching her students acquire knowledge and new skills.